A by-the-numbers approach determining the winner of the 2024 U.S. Presidential Election


Our 2024 forecast attempts to predict, to the final popular vote, the results of the upcoming U.S. Presidential Election. The projection does not take into account who the actual Republican and Democrat candidates will be, instead attempting to define the winner based purely on patterns recorded over the last three Presidential Election cycles (2012, 2016, 2020). According to the available data, key races to watch will be in Arizona (R, +43,466 ), Maine (D, +16,216), Michigan (R, +27,268), Minnesota (D, +141,842), Nevada (D, +16,491), New Hampshire (D, +29,032), North Carolina (R, +145,103), Pennsylvania (R, +56,898), and Wisconsin (R, +64,976) with a combined difference of 541,292 votes making up 95 total Electoral Votes (EVs). No major upsets are expected though Republicans will be threatening to flip Democrat territories like Minnesota, New Hampshire, and Maine. The Republicans will take back Arizona and Georgia while Biden's 2020 victories in Pennsylvania, Michigan, and Wisconsin will be reversed. The 'Purple Prizes' in the 2024 election will be Georgia (16ev), Michigan (15ev), North Carolina (16ev), and Pennsylvania (19ev) accounting for a total of 66 EVs - we forecast all of these states going to the Republican candidate.

Our results forecast a Republican White House victory with EV numbers close to that of the Democrats in November 2020. Democrats will, once again, claim the Popular Vote but by a far smaller margin than in 2020. The Republicans will claim more overall states and, thusly, more of the EV total.

By our count, Swing States will continue to provide the needed swing to the victor with close races across the lot - Arizona, Georgia, Michigan, Pennsylvania, and Wisconsin.

Takeaways: The Republicans claim key states lost narrowingly lost by Trump in 2020 and with slightly wider margins, particularly in Arizona, Georgia, and Wisconsin. A razor-thin result is expected in Michigan (with Republicans claiming it). Using these totals, the race will be called by a margin of 307,260 votes leaning Republican - a slightly wider margin of victory than Biden saw in 2020 (277,661 votes). Notable close races (all three going to the Democrats) include Maine (+16,216 votes), Minnesota (141,842 votes), and New Hampshire (29,032 votes) showcasing ground being gained by Republicans in these states.

Why the Democrats Will Lose:
High gas prices, high energy costs, rising inflation, supply chain issues, and agenda focus will be the sticking points of the election if the party does not do more to address ongoing issues and have a more streamlined focus; Also to be decided is whether Americans will be comfortable voting for 82-year-old Biden who has already shown cognitive issues in his short stint as President - of note is that Biden has reiterated (in April 2022) his intention to represent the party in 2024.

Why the Republicans will Win:
Voters will be convinced that the Republican Party is the right party 'for the moment' or the lesser of two evils as the American economy continues to struggle under Democrat rule; Key players for succeeding Biden remain former President Donald Trump who still remains hugely popular - as well as divisive - and Florida Governor Ron DeSantis who continues to gaining in popularity within the party ranks. 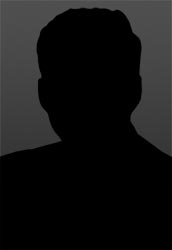 AVAILABLE ELECTORAL COLLEGE VOTES (538 TOTAL): 1) Maine and Nebraska are the only two states that do not follow the 'winner-take-all' rule regarding their Electoral Votes per candidate. This allows for a more proportional division of the claimed Electoral Votes.
2) Projections below are based on trends observed in each state from the 2008, 2016, and 2020 presidential election cycles.
3) It is assumed that, for the 2024 election, COVID-19 no longer casts a shadow on the election period and this accounts for lower turnout in most states (less reliance on mail-in voting, absentee ballots, early voting, etc.).
4) Electoral vote values below have been adjusted to coincide with the 2020 census results: Democrats lose in California (-1), New York (-1), Illinois (-1), Michigan (-1), and Pennsylvania (-1) but gain in Colorado (+1) and Oregon (+1). Republicans gain in Texas (+2), Florida (+1), and Montana (+1) but lose in Ohio (-1) and West Virginia (-1). Swing State North Carolina gains (+1). 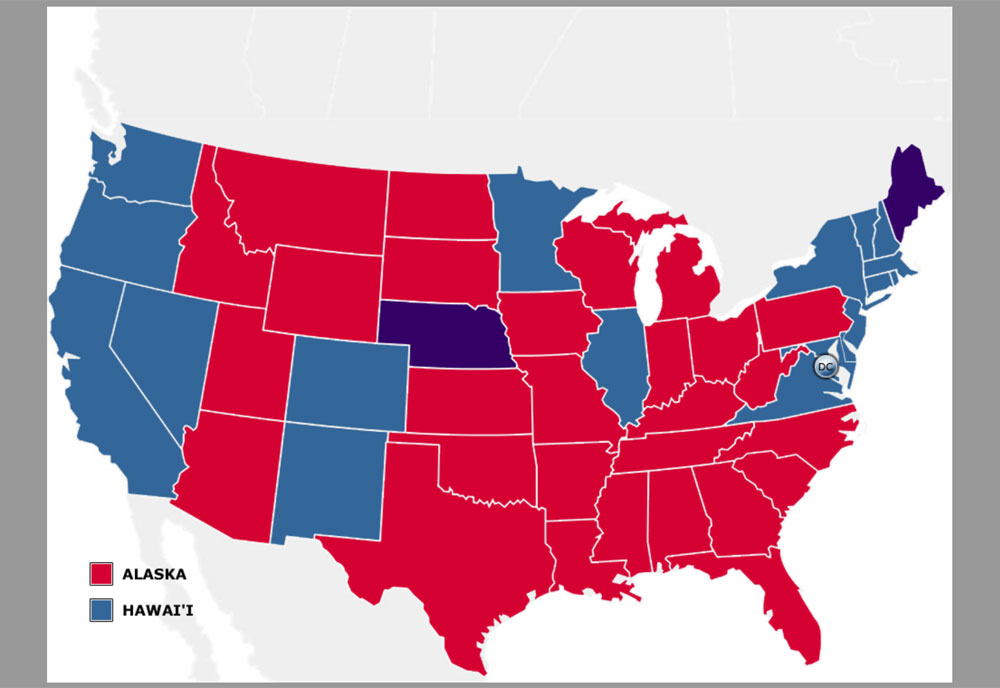