AmericanPresidents.net showcases a comprehensive look at past and present U.S. Presidential Elections since 1960 - the first election cycle to include new states Alaska and Hawaii (with Washington, D.C. to follow in the next). Utilizing trending voter patterns (as opposed to general polling of select groups, which has shown itself to be rather unreliable), this site takes a unique statistical 'by-the-numbers' approach to the upcoming presidential election cycle. 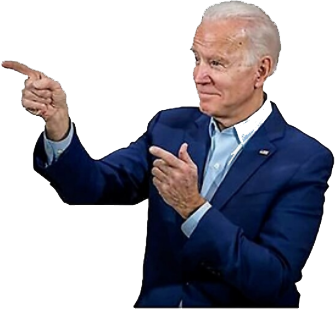 Next Presidential Election in... 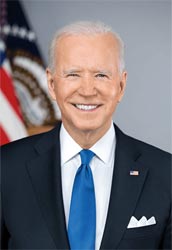 
NOTES: Issues above shown in black have either been suspended, abandoned, or ended by the Administration, either officially or unofficially; *Unable to pass BBB in its original form, Dems rebranded it to become the stripped-down 'Inflation Reduction Act'.

The True Approval Rating Index (TARi) is our in-house formula for determining the current 'true' approval rating of the President; this involves factors such as election victory percentage, current voting group approval numbers, and applicable modifiers. View the TARi page.
2024: The Road to 270

With the election of Joe Biden in 2020 - completing the Triple Crown of national control of America (the Presidency, House, and Senate) by the Democratic Party - the country has gotten a healthy dose of life under complete Democratic Party rule. 81,268,924 American voters, against the will of 74,216,154 voters, accepted the following:

Election of 1960
The Battlegrounds